My Most Esteemed Passenger: Mikhail Gorbachev

Since 1990, I have experienced many exciting adventures while serving countless celebrities as a chauffeur and driver-guide in Berlin. A list of my clients during the past 26 years would resemble a “Who’s Who” of politics, the business world and the showbiz. At this point, I will not reveal any names. Indeed, the nature of my profession binds me to absolute discretion. However, I will open up about my most important passenger and perhaps the most significant encounter in my life, since it involves a person of immense global and historical significance.

In April of 1995, I chauffeured Mikhail Gorbachev, former General Secretary of the Communist Party of the Soviet Union and later Russian president (and also winner of the 1990 Nobel Peace Prize). He was accompanied by his wife, Raissa Gorbacheva, and the occasion of their visit to Berlin was the presentation of his biography.

Having been born in Berlin, I consider Mr. Gorbachev to be a true hero. Many small steps over several decades led to the fall of the Iron Curtain, but it was Gorbachev who ended the Cold War and brought down the Berlin Wall.

Their five-day visit was a very moving experience for me. I was deeply impressed by the couple’s humanity. Enroute from location to location, we had many conversations about political developments and I was very touched by the interest they took in my own story and that of my family as citizens of West Berlin.

As a service provider with extensive knowledge and skills, I always try to meet clients on equal terms. This is why I would never ask for an autograph or a photo with my passengers. However, in this case, it was the Gorbachevs who suggested taking a photo together on the gangway of their private plane prior to their departure. Mr. Gorbachev also handed me a copy of his memoirs as a farewell gift, dedicated to my mother. She was overwhelmed when I presented it to her a couple of days later on her 55th birthday. We spent all evening with the entire reunited family, talking about the incredible developments of the past 35 years.

I am delighted to have had the opportunity to experience these five days in April of 1995 and I will never forget them. 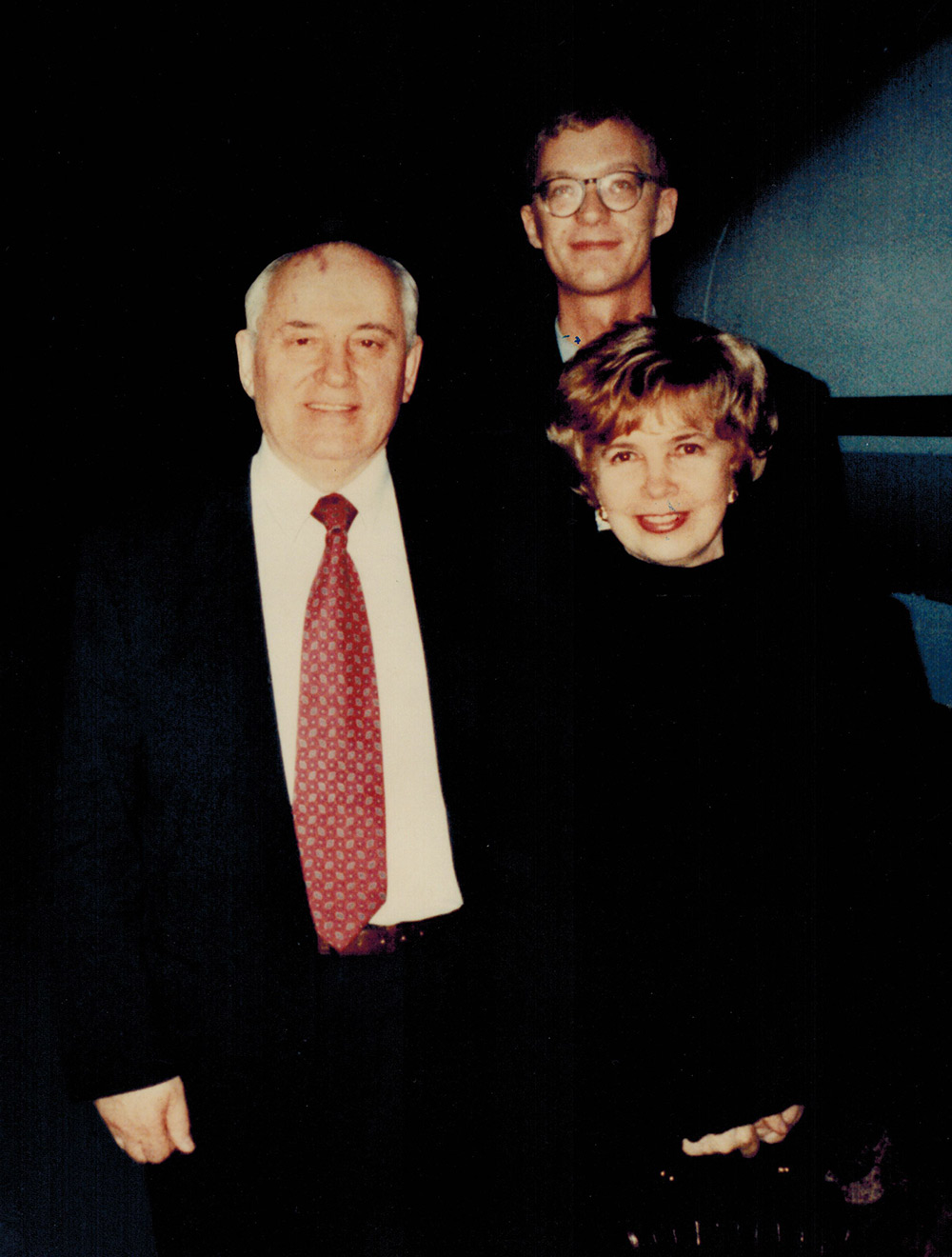